Firmly believing “you can’t put lipstick on a pig”, Golda and Dhjango approached us to devise an extension that would not compete with their home’s existing 1970s brick exterior. They wanted to leave the bricks as they were – unpainted and unrendered – in order to tell the story of this home’s evolution. Inside, however, everything was fair game. The living areas were dark and closed off, meaning the family rarely went outside to their lush back garden.

By adding an extension to the front, we created three opportunities: transform the facade of the home, extend the living area and bring northern light inside. The external black spotted gum cladding floats in the landscape, enhancing the feeling we wanted to create of living among the trees. This striking low-maintenance material accents the surrounding greenery, and simultaneously complements the black detailing in the home’s blonde bricks peeking through beneath.

The extension houses a parent’s retreat with a master bedroom and ensuite, as well as a study, rumpus and deck overlooking the jacaranda in the front garden. In the existing part of the home, the kitchen and living area were moved to the rear, connecting the living spaces with the back deck. Now the family regularly eats outside, and the large dine-in kitchen doubles as an internal dining space. Making the home adaptable to family life was key aspect of this project – so as the kids grow and the rumpus is no longer required, this space has the potential to become a large indoor dining zone.

Downstairs, a new entry sequence from the street was created, which leads directly up to the new living spaces. A master plan has also been designed for the remainder of the downstairs area, so a second stage of renovations can be undertaken when the time is right.

While Golda and Dhjango hadn’t worked with an architect before, they had clear ideas about the bricks and a preference for colourful and quirky internal selections. Their commitment to follow-through on these ideas has resulted in a home that’s expresses their personality. 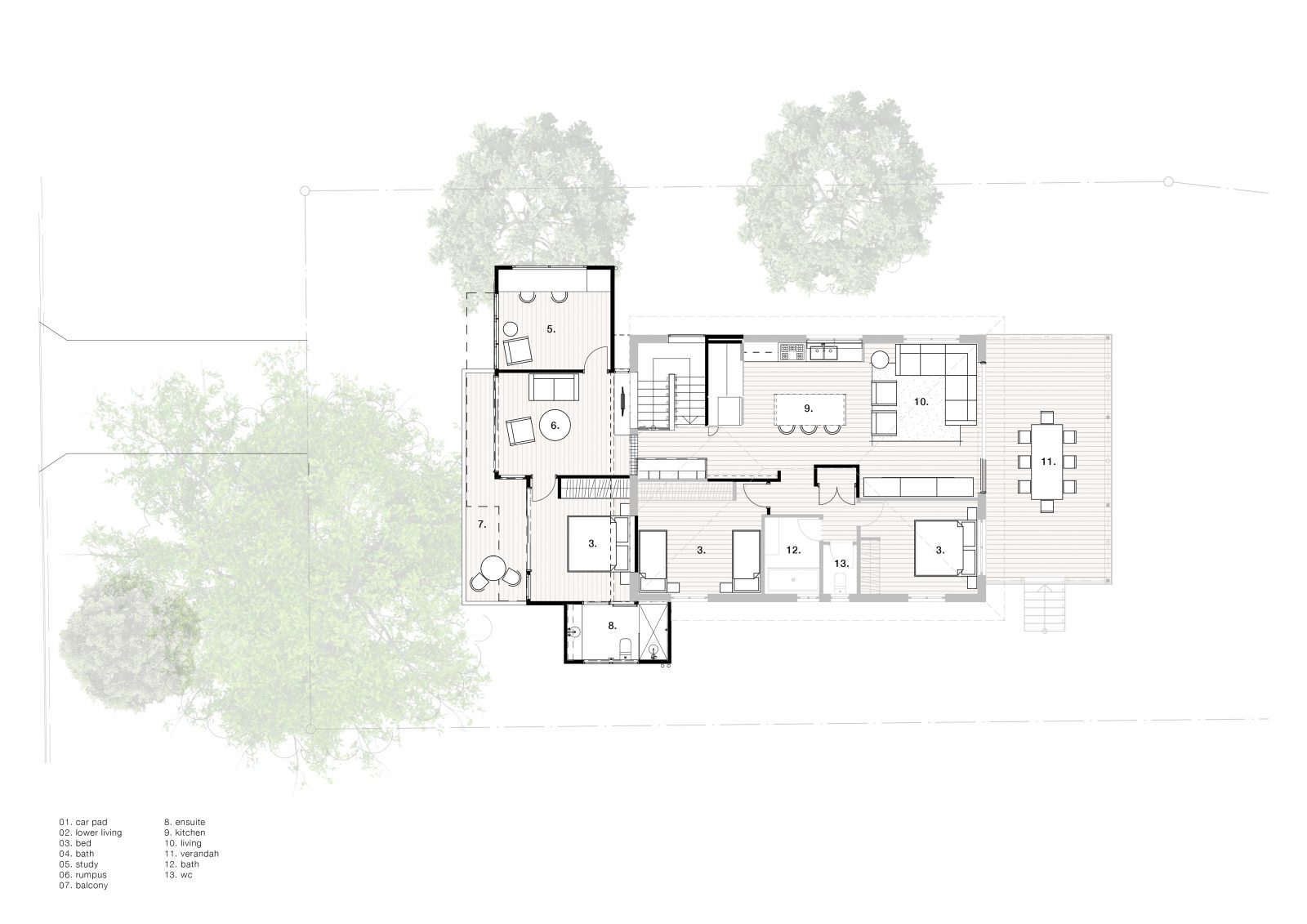 Now let’s talk about your home or business…head over to the to start a conversation about your project.

We are currently not taking new enquiries until mid 2022 for projects with start dates in 2023.

To be on our waitlist, take advantage of our free 15-minute phone call